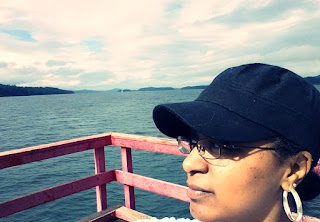 What makes a story Epic?

If you go by Hollywood’s portrayal, an epic story is one of grand adventure – it could involve alien invasions or alien abductions or some endless sequence of overcoming one out of this world obstacle after another. “Epic” in the mainstream sense is equated with some larger-than-life external experience showing up to redefine the way you look at the world and maybe even yourself. But in this presentation, it’s all about what’s happening all around you and what’s happening to you…seldom is it about what’s happening through you.

I’m not sure what made me ask what makes something “epic” to me. I was reflecting on the past ten years of my life, looking at all of the adventures I’ve gone on and the changes I’ve experienced and I could only settle on one conclusion. What makes an experience epic for me in my own life is not when something apparently unbelievable comes along wrapped up in a giant golden bow but rather when something comes along and unwraps things inside of me so that I once again awaken to how everything is happening through me. The epic thing is the thing that makes me look at myself differently, makes me feel more empowered, more loved, more supported, more connected, more capable, more magical than I ever thought I could be. It makes me more self-aware and reminds me and reflects to me that all that I behold, whether believable or unbelievable, is my own doing.

What’s epic is never the thing "out there" but the thing inside your own being. The only larger than life thing there is, is the living power inside every being. That's it. Everything else is a mirage formed and deformed by the degree to which this living power is allowed to express itself fully through you.

The Universe doesn’t actually have scales in what it presents. Any scale that is perceived is a human construction and not an actual elevation or devaluation inherent in the thing being perceived. There are no great things and great people and small things and small people. Regardless of the wrappings something comes in, it is not greater or lesser than something else. No event, no circumstance, no individual or groups of individual are held to a higher value than others in the cosmic sense - only in the realm of conditioned thinking does such a gradation exist.

The core of everything that shows up is epic. If you focus on the wrappings, you will become entranced by them falling to the belief that they are as their surface suggests. But the surface, the wrapping, the appearance will always be an unreliable presentation. The value of what shows up, its true service to you and your evolution, is not in its appearance but rather in what it makes you aware of about your own being. If you focus on the core of whatever is showing up though, you will without fail awaken to the epic capacity inside yourself.

Every moment is an epic moment when you condition yourself to focus on its core, its essence, the substance out of which it has been formed.

Popular posts from this blog

When Your Life Just Feels Right

June 22, 2019
I have to say, the first half of 2019 has been a blurry coming together of everything I've ever dreamed of and everything I never thought to fear. All that remained un-faced in my psyche and all the potentials and possibilities I kept at bay came tumbling down. Truth stands so clear now. Stunning and thawing that not even the icy giant Neptune could ever cool me down again. A convergence of self.  An orchestra of aliveness.  A cleansing of karmic dust. A true birth. I'm grateful. Luckily I have heart-and-soul family working to swoop and scoop me every which way I turn, so let it be said that to fly fast and free while in the company of pure hearts and solar spirits is exhilarating. To look right and left and see you've never flown alone and never will is a balm to my soul.  My instagram got hacked requiring a new account altogether and I've been feeling compelled to keep myself light and nimble so that the flight to the top of the mountain and th
Post a Comment
Read more

Your brain hallucinates your conscious reality

July 29, 2017
Right now, billions of neurons in your brain are working together to generate a conscious experience -- and not just any conscious experience, your experience of the world around you and of yourself within it. How does this happen? According to neuroscientist Anil Seth, we're all hallucinating all the time; when we agree about our hallucinations, we call it "reality." Join Seth for a delightfully disorienting talk that may leave you questioning the very nature of your existence.
Post a Comment
Read more

What does it mean to Honor the Self?

June 22, 2018
Such great wisdom from Dr Nathaniel Branden: “ The first act of honoring the self is the assertion of consciousness. The choice to think, to be aware, to send the searchlight of consciousness outward toward the world, and inward toward your own being. To fail in this effort is to fail the self at the most basic level.  To honor the self is to be willing to think independently, to live by your own mind, and to have the courage of your own perceptions and judgments.  To honor the self is to be willing to know not only what you think, but also what you feel, what you want, need, desire, suffer over, are frightened or angered by, and to accept your right to experience such feelings. The opposite of this attitude is denial, disowning, repression, self-repudiation.  To honor the self is to preserve an attitude of self acceptance, which means to accept what you are without self criticism, without lying about who you are in a pretense aimed at deceiving either yourself or someone els
Post a Comment
Read more